The Taipei Biennial 2012 takes as its point of departure the ancient Chinese monster known as Taowu, whose evolution has been traced by the literary historian David Der-Wei Wang in his book The Monster That is History. Wang shows that somewhere in the course of Chinese history, writers and historians began to identify the vicious monster Taowu with history itself, since it could foresee and thwart human intentions. Wang suggests that it is modern Chinese history in particular that lends itself to a reading through the Taowu, against the backdrop of a twentieth century characterized by utopian aspirations notoriously overshadowed by systemic violence.

As part of Critical Practice.... Twenty two years ago I made a recycled cardboard version of Picasso's Still Life of 1914.

Pain in the Arts 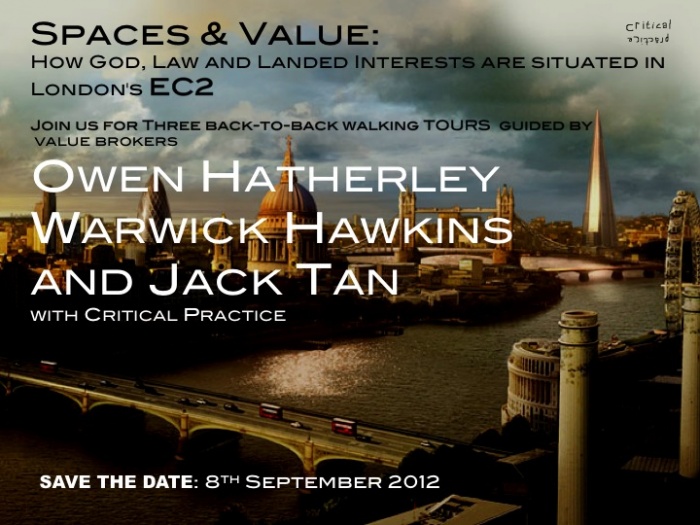 Why: This event initiates a series of walking tours and events that constitute Critical Practice's ongoing Research on Value