I have two publications in the exhibition, the first, LOOT is from 1992 I had an exhibition of sculptures at the Cabinet Gallery, in London. They consisted of a series of re-made objects which ranged from classic Melodi Ikea shelving  -like a Robert Morris artwork- Rietveld's prototype of the Red and Blue chair, a Picasso Still Life and a door, amongst other things. They were all made from recycled cardboard, and some laminated with appropriate finishes, like wood veneers or reflective plastic. I was interested in different economies of value and how they intersect and overlap with categories of objecthood.........

For the duration of the exhibition, every day I placed the sculptures for sale in LOOT magazine, a vast pre-digital market of second-hand artifacts so that they could circulate amongst other things, other structures of evaluation. Each day they came into contact with different things.

Every week I collected six copies of LOOT, ringed the sculptures for sale with a pen - a common gesture to suggest interest - and collated them into a bespoke slip-case. These gathered publications became the catalogue for the exhition. I was thinking about curatorial practices and strategies of collecting even as I was fabricating things. The second is Lost Property, a book resulting from a collaboration between myself, Marysia Lewandowska, London Underground and Public Art Development Trust. It represents a selection of things from one days property recovered by the London Transport Lost Property Office.

We are easily seduced into acquiring, exchanging and displaying vast quantities of material things.

Things are found, polished, displayed and treasured; bought, bound or framed and collected; the object, plucked from the generic soup of retail culture, is momentarily arrested and woven into an intimate personal narrative, "I bought this when I was in Paris". It's this narrative which marks the thing as a possession and simultaneously allows the narrator to refine and evaluate experience, to evolve a sense of difference or belonging. The thing itself, as commodity, inheritance, gift or souvenir, has become a privileged vehicle for establishing an emotional and intellectual identity. Things authenticate experience.

The dark shadow within our seamless assembly of possessions and continuous narration of `self`, is loss. The word loss delineates a terrifying space, it is the void over which all exchange and collection precariously take place, but, from which no insurance or story can ever protect. Loss infuses accumulation with fear, everything, even our most precious belongings continuously circulate within its grasp.

Lost Property touches the wound opened between lost property, and the emotional investment implicit in personal possession.  Comprised of photographs and texts, the book mimics the dispassionate style of a museum catalogue in an effort to re-inscribe the absence all the more emphatically. The things pictured, are still missing from these pages.

A temporary collection bound by this catalogue parodies the conventions established by museum acquisition. Although the collection is a well known paradigm of perfection, the objects here are always already incomplete, misplaced, fallen from narration, and never to return.

Lost Property is a selection from one days property recovered by the London Transport Lost Property Office; on average, some three hundred items. Designed as a desirable pocket size souvenir by Stephen Coates, Lost Property was released at the moment of spectacular accumulation, Christmas 1995

Jakobson analysed the similarity and contiguity disorders of aphasics, which can be defined as a loss of power of expression through speech. In the former condition, the patient struggles to begin a sentence unless prompted; sentences are ‘elliptical sequels’ that are supplied from previous sentences available and general nouns can be substituted for specific ones. In the contiguity disorder, the patient loses the ability to make propositions; grammatically functioning words such as conjunctions and articles are dropped and sentences are reduced to singular words. These conditions are reversed out by Jakobson into an axis with a vertical for similarity/metaphor and a horizontal for contiguity/metonymy: he then extends these axes by mapping them onto a poetry/verse and a romanticism/realism divide:

A salient example from the history of painting is the manifestly metonymic orientation of Cubism, where the object is transformed into a set of synecdoches; the Surrealists responded with a patently metaphoric attitude.

Stephen Bury was the Librarian of Chelsea College of Art & Design until 2000, then became the Head of Modern English Collections at the British Library, and now Andrew W. Mellon Chief Librarian of the Frick Art Reference Library, New York. He has published ‘Artists’ books’(1995), ‘Artists’multiples’ (2000) and ‘Breaking the rules’ (2007).

CHELSEA space is a public exhibiting space where invited art and design professionals are encouraged to work on experimental curatorial projects that may not otherwise be realised. 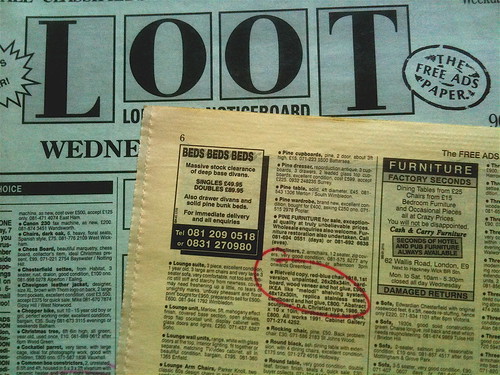