I made a presentation as part of: Artists Work in Museums: Histories, Interventions and Subjectivities at the Victoria & Albert Museum, London in October 2012

The two-day conference brought together artists, curators, historians and museum professionals to explore the history and impact of artists working in/with or against museums.

I performed the V&A Bicentenary, the text for the presentation was subsequently published (in the book above) and is available from Wunderkammer Press.

Well, you’ll appreciate as with all live-thread recalls, this will be partial and flawed. The thread I’ll be re-running, is something like institutional subjectivity, or, how the V&A became conscious of itself……[.....]

The V&A Bicentenary was inspired by Self Portrait Arnolfini, Industrialtownfuturism and inspired More Things 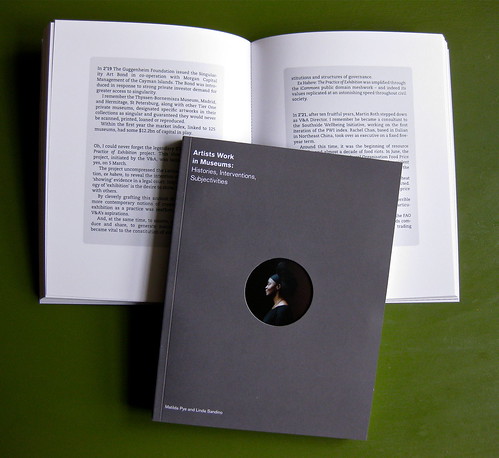