‘[...]…when bubbles, individuals, or beings, human and non-human, amass and cohere, their influence on one another creates all manner of formal distortion.’

I participated in Assembling, a research exhibition and series of events curated by Amy McDonnell, at the Cookhouse Gallery at Chelsea College of Arts

Assembling explored why and how artists associate.

Contemporary collectivities  -  political parties, pressure groups, unions, charities, artists-run galleries and studios, networked terrorist cells, Occupy, interest clubs, and   enthusiasts produce our entire experience of  'the social'. Increasingly these assemblies use digital social media to produce and sustain these temporary communities . When we conceive of social groupings – nations, societies and collectives, as constructed or performed, rather than “just existing”, it becomes crucial to experiment with assembling as a creative practice.

Amy is producing a visual Typology of Association gathered from researching artistic groupings, exhibitionary practice and from social and political theory.  Assembling took the form of an exhibition, and series of events which expanded over time as well as space.

I first particaipated in a Walk and Talk curated by Scott Schwager, we walked the millbank site, and heard, from different participants about its history.........it takes its name from the mill that belonged to Westminster Abbey and stood on the marshy riverside linking Westminster to Chelsea in the 1700s.  It was demolished and London’s largest prison was eventually erected, at a cost of £500,000 in 1821as the Millbank Penitentiary.

Its pioneering ‘panopticon’ design was devised by utilitarian philosopher Jeremy Bentham,  and laterly used for other penal institutions world-wide. At its centre was the Governor’s House, which allowed prison guards to keep watch over 1,500  prisoners in the surrounding six-petalled pentagonal blocks. Fragments of the perimeter walls still survive, previously enclosing over 16 acres, as does evidence of the stagnant water-filled outer moat - now re-purposed as a clothes drying area.

In 1849, in David Copperfield,  Charles Dickens described the area as 'a melancholy waste … A sluggish ditch deposited its mud at the prison walls. Coarse grass and rank weeds straggled over all the marshy land. '  The prison was vast, cold, dank and unhygenic, scurvy was rife.

Around 4,000 people each year (until 1868), were processed for transportation (to many parts of the globe) through Millbank. Bollards, to which the transportation ships tied up-to are still visible..... Millbank Penitentiary closed in the late 1800s. We stood where we thought the central observation tower, the Governers House once was, its at the north west corner of Tate Britain, by a statue of Millais. Why Tate?

Nearing the end of his life, Sir Henry Tate a sugar magnate (he bought the patent on the sugar cube), philanthropist and major collector of Victorian art offered his private collection as a gift to the nation. Parliament declined. Tate then offers to fund a public gallery to house his collection and to initiate a National Gallery of British Art, providing the government donate a suitable site, and undertake the gallery's administration.

After much debate, Tate's offer is accepted. The site chosen is the disused Millbank Penitentiary, after its demolished, the new 'palace of art' the National Gallery of British Art is constructed. Later, the name will change to The Tate Gallery in recognition of Tate's generosity and commitment.

We look back from Tate to the former Royal Army Medical College (RAMC) opened on 15th May 1907. As well as teaching, the College was used for research and development, the first typhoid vaccine was produced here. During the world wars, the College researched chemical agents, and protection against chemical warfare – early gas masks were developed,  as well as courses in tropical medicine for over 3,000 medical officers. The college was seriously damaged in 1941 (the walls of the Tate Britain opposite still bear the scars). In peace times, insecticides, the effects of nutrition, and inoculation procedures were pioneered

In 1999, the College finally moved from the site, which today sits within the Millbank Conservation area.  The four Grade II listed buildings were bought from the Ministry of Defence by the London Institute in 2000, and in 2004 Chelsea College of Art and Design moved into the remodeled buildings

The Millbank site incorporates a panopticon prison, Tate Britain, the Royal Army Medical College, a copy of a utopian housing scheme, and an Art College.... a Foucauldian palimpest. 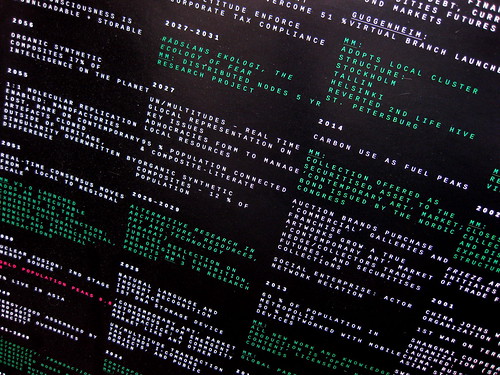