I'm one of three artists commissioned to make a proposal for a new artwork to coincide with the launch of The Box.

The Box in Plymouth is an art institution for the 21st century. It will host  extraordinary gallery displays, work with high profile artists and produce memorable exhibitions, as well as exciting events and performances that take visitors on a journey from pre-history to the present and beyond.

The Box is intended to be a symbol for the city's current regeneration, and a springboard for its future.

The Box brings onto one new site five previously dispersed archives and collections, and will include: an archive for Plymouth and the southwest to preserve the heritage of the city and region for future generations; a museum with stories of Plymouth and how it reached out to the world and invited the world back into Britain; a location for contemporary art exhibitions, artist commissions and major touring shows; a new study centre for the Cottonian Collection and a purpose built location for the South West Film and Television Archive (SWFTA).

Fascinating tour of the renovation @PlymouthMuseum and the evolution of a new #archive and #collection cluster @theboxplymouth pic.twitter.com/J5kZNxHd8Q

The Box will form the heart of a city designated Cultural Hub.

I'm just at the begining of research, into the history of the collections, the City's aspirations for The Box, its design and development and the curatorial intentions. Its very exciting.

After six months of research, as agreed in the contract, I was to make a proposal. 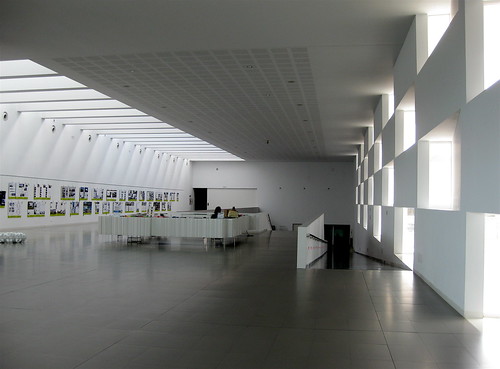