I wrote into Daniel’s presentation as he spoke, following are the tweaked notes....

Daniel began by introducing himself, and explaining how he had worked closely with Jorge on the Culturas de Archivo project. And that he was very interested in the present practice of the archive.

He reaffirmed the links beetween archives, informtion and power. And took us back to the 16th Century Spanish Imperium, especially through the example of El Escorial as the roots of some of our present preocupations.

El Escorial was built as a Royal Palace, on a dusty plain in the middle of nowhere. Why?  Daniel suggests that Spain was being overwhelmed by data. Overwhelmed by information from the recently conquered 'New World'. So, Philip II of Spain retreated to El Escorial for much of his lengthy reign (1556-1598) and set about learning how, and implementing ways of organising an administrative centre capable of managing an empire exploiting the New World. 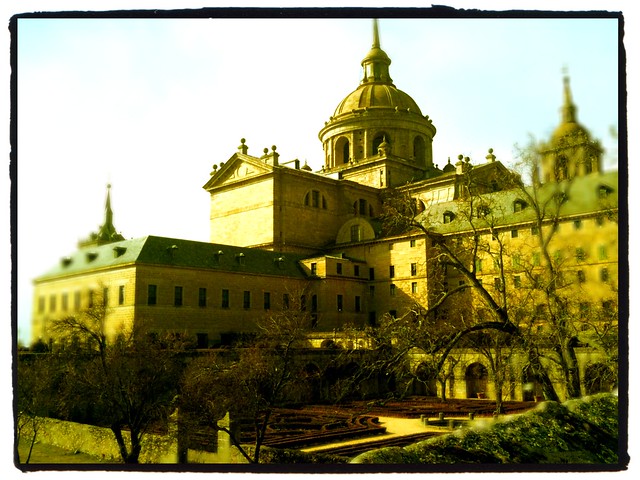 El Escorial has a huge Library and Archive. Philip II donated his personal collection of documents, and also undertook the acquisition of the finest libraries in Europe. The library’s collection alone consists of more than 40,000 volumes, and it replaced the monastery as a site of knowledge, information and administration. Link  El Escorial to the equally stunning Archivo General de Indias in Seville, and we have - until the 19th Century -  the biggest archive of in the world. Capable of organising Spain, all its colonies and much of the New World.

We jump-cut to issues of access to information and knowledge, brought about by cheap printing and the rise - post French Revolution - of popular democracy. Fredom of access and freedom of interpretation are key concepts for Daniel. We loop back to El Escorial and think about the centralization of information, and the idea of the Sovereign. Information arranged around a core. The curator, the missing index. And, contrast this with the present and the distributed archive. No longer one or two concentrations of knowledge, but distributed and contextual archives.

The image of fragmentation emerges, like data written on a hard drive. Scattered data, re-assembled by meta-data. De-fragmantation; and the role of the desktop icon, in relation to the data it represents. A simple image - a folder, is a placeholder for scattered, incomplete and partial data. We should be comfortable to let complexity represent complexity, and not overly aesthetisize data. This linked to a discussion on how can users of information construct their own representation of that information. To construct routes through the archive, between data and towards knowledge. Tagging. indexes, categories and connections.

Daniel suggested that popular education should teach archival processes;  like cataloguing, indexing, organising, tagging, search terms, etc. because this will be the grammar of the future. How to find what you want, and how to find what you don't even know you want?

What about categories like "least visited" or "least favourite"? We discuss archiving in the present. To think of the archive as a continuous and creative process. Because archiving retrospectively is fraught and difficult. We return to the aesthetisization of the archive, and how it becomes  a style of art at exhibition.

Daniel talks through, and shows images of the exhibition of the Post Capital 1989–2001 archive project.

The project—conceived, in equal measure, as multimedia installation, stage, open databank, and workshop—is founded on a digital archive comprised of over 250,000 documents (texts, audio files, videos, etc.) from the Internet compiled by the artist over the past ten years.

We talk about the metaphors introduced by the language of information, databanks, servers, browser, browser-history, trackers, cookies, etc. An exhibition of data, the politics of information, and of living inside the archie. And the possibility of the tracker, of tracing 'users' routes through information. Recursive metadata and the software archivist, or automated curator.

Return to Procesos de archivo/Archivalprocess or read about the first working session with Jorge Blasco, the third with Miren Eraso, the fourth with archivist Sue Breakwell or the Relational Machine session. 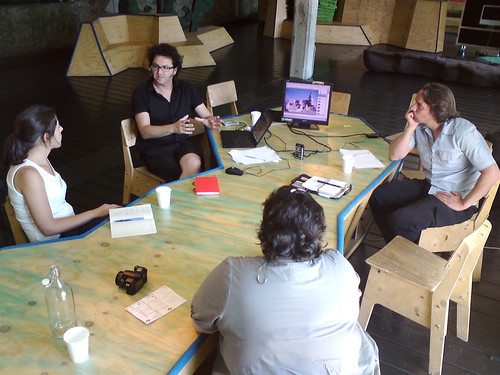 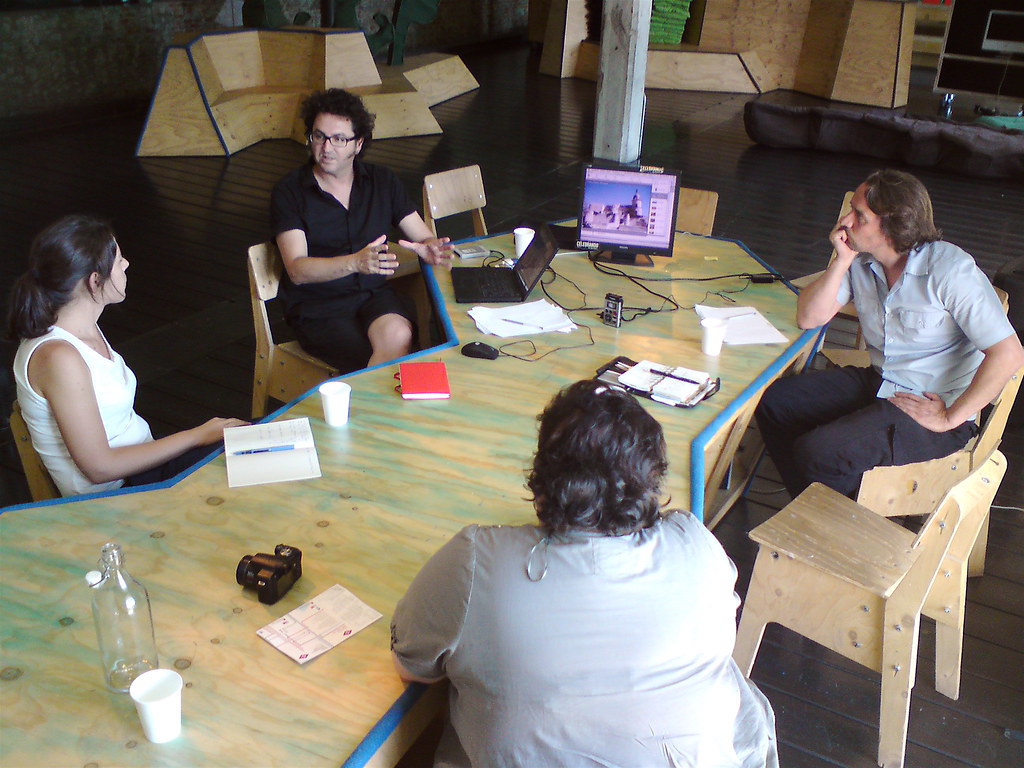