I visited the South London Gallery on 25th February 2009, to see a new film by the Danish artists collective Superflex. Its entitled Flooded McDonald's. I've followed their work for sometime, because I'm interested in how they propose artworks as tools, capable of affecting change; with projects like Supergas, Free Beer - is a beer which is free in the sense of freedom, not in the sense of free (without a price) beer - its a FLOSS joke :-) - and CopyShop.

Seeping through the high-production values is a vague climactic unease. Not a very useful tool. 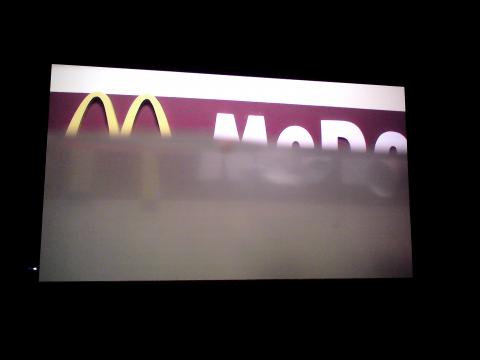 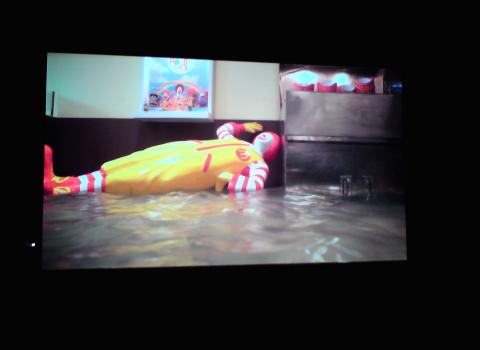 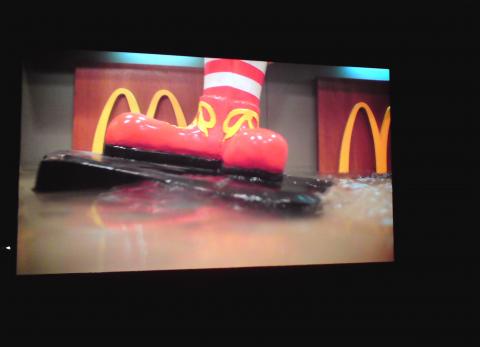