This is a short text that accompanied an exhibition at Chelsea Space in London, January 24th - March 3rd 2007 The ice trade, that is the trade in huge cubes of ice hewn from the frozen lakes of North America or Scandinavia and shipped to warmer climes, exists somewhere between brute fact and fairytale.

The trade existed, flourished even, throughout the later part of the 19th century. Grainy photographs depicting sawn meter square cubes of ice, cut from the frozen crusts of freshwater lakes are waiting, stored as documents in relevant archives. You can visit luxury loft apartments inserted into the hollow remnants of bunker-like Ice houses – warehouses for frozen water - found in many former ports of Britain, especially in Bristol, Liverpool, and London.

There is also the poetic testimony from the American author, naturalist and philosopher Henry David Thoreau when writing one of the foundational texts of the environmental movement, Walden (published in 1854). Thoreau records the cold winter of 1846-7 when from the window of his forest cabin he sees the frozen skin of Walden pond being stripped by a hundred Irish labourers, and carted away.

‘[….] in a good day they could get out a thousand tons, which was the yield of about one acre.’

Before refrigeration, the ice trade circled the globe enabling easily perishable goods to be transported ever longer and  further, and of course made ice cream possible on an industrial scale. Inevitably the ice melted in transit, (Thoreau estimates that three quarters of the ice from Walden ponds would be lost before reaching its destination) leaking back into the sea, or during Ice House storage dissipating into docks. Even that which survived to its end-use, that which managed to accompany its intended cargo to port, or reached the limit of its utility would be left to, inevitably, melt. The Ice Trade. like all trade in all markets everywhere exploits a momentary difference in the values that coexist, in different times and places. Within any a given marketplace, the difference is usually expressed as a price. Sawing rainwater that is temporarily frozen, and shipping it elsewhere, only for it to return as rain, is the momentary difference that enabled a million dollar economy to be extracted from the ecology of water.

The ice trade is a neat metonym for the delicate relationship between financial capitalization and our available resources.

Stripped of its former utility by mechanical refrigeration, the Ice Trade falls back into rumor, myth and fairytale.

Proposed as an art exhibition ‘frame’ by curators Matt Packer and Kim Dhillon this fairytale crystallizes, as only a fairytale can, the dark and complex relationship between the curator and artist, or artist, curator and the economy of exhibition.

We could imagine a vast hydrologic cycle of creativity; a tiny portion of this creativity is momentarily solidified by artists into objects and images as artworks. These artworks are sawn from the studio and shipped by the curator into the place of exhibition, the gallery Ice House. Those artworks, those frozen shards of creativity that fulfill their utility are bought by speculators or collectors, they are exhibited in homes and galleries, or stored forever in museums. We've created an endless billion dollar industry.

At every stage, and at every moment artworks and artists are leaking back into the vast creative ecology, hoping to be frozen next time and capitalized.

Related texts include Circulation a text about art auctions, and Bouvard and Pecuchet 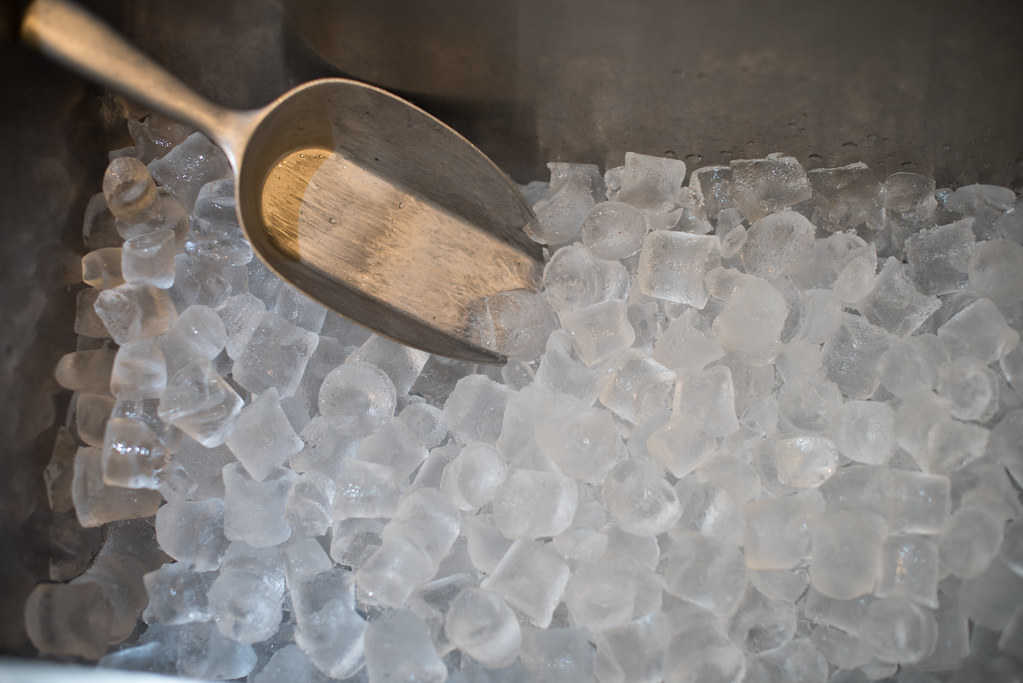