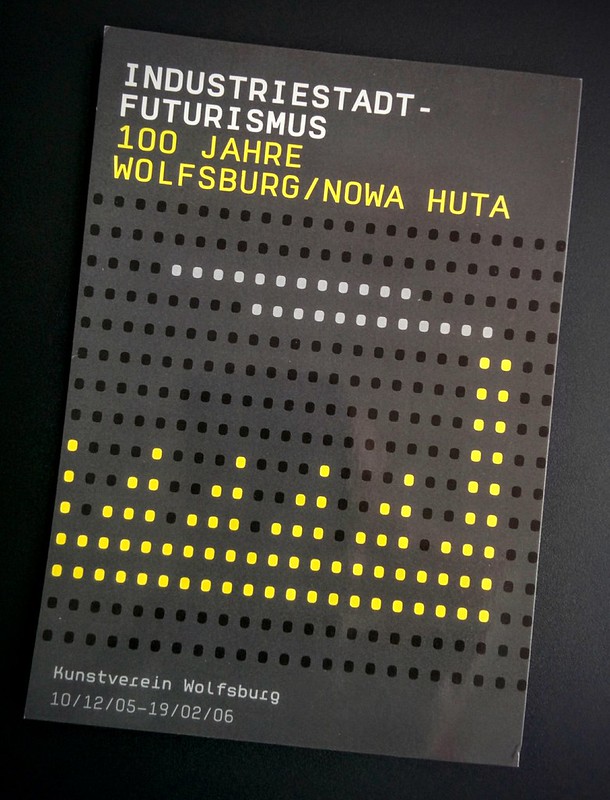 IndustrialTownFuturism: The Return of Meshwork Markets

In 2006, as part of a group of artists, researchers and academics, I was invited to research and imagine the future centenary of two industrial towns. The project was curated by Jakub Szreder and Martin Kaltwaser.

Both towns evolved from the middle of the last century, and both were planned around the image and function of the factory. Since 1939 Wolfsburg has been the home and global headquarters of the Volkswagen Group, and since 1947 Nowa Huta developed around the formerly Lenin and now Sendzimira steelworks.

For industrialtownfuturism I turned my attention to the archaic social formation of the informal market. The future disappearance of monopolized trade will enable distributive markets to reassert themselves; like a virus suppressed by the bodies immune system, distributive markets are always awaiting the optimum conditions to flourish

At the opening of the exhibition in Nowa Huta I performed a lecture.

Below is the amended transcript of The Return of Meshwork Markets delivered to the Meshwork of Marketeers, Cracow Middle-Europe 16th October 2049. You can download the pdf

In many ways, the lecture was the catalyst for Museum Futures and Self Portrait: Arnolfini