I went to see a tender and affecting film by Phil Collins called Marxism Today at the BFI Gallery, its about an hour long and divided into two parts. The first part is composed of contemporary monologues and fantastic 1960's archive footage ( possibly reconstructed?) of socialist classrooms in action.

Three Marxist-Leninist lecturers Petra Mgoza-Zeckay, Andrea Ferber and Marianne Klotz talk about life in the GDR, and then after the 1989 transition. There is a wonderful, sometimes humorous, tension between Marxist theory and the effect of capitalism as it completely reconfigures their world.

The second part, where you sit at school desks, is a lesson on use! value! exchange!.

Its a brilliant disquisition on classic Marxist political economy, deploying all the key terms in the theoretical toolkit; use, labour value, exchange, commodities, arts "state of exception", etc.

Of course Jean Baudrillard (amongst others) would call it nostalgic, and offer new tools for the toollkit in The Mirror of Production.  And yet suggest that there are no exceptions.......well, certainly not artworks......... but it's a great introduction to Marxism.

Related events include Free Trade, Capital and a text A Shadow of Marx 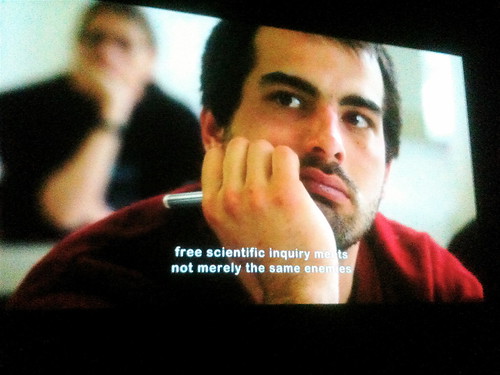