Thanks so much for Dan and Adam for inviting me.

Dan suggested, given my age and prosthesis, that I perform a live-thread recall…… I’m a little out of practice,…….. but I’ll do my best.

So, I’m going to disconnect from Composite now………

And, in keeping with the ‘old-school’ nostalgia of this face-2-face conference, I’d like to invite you to do the same too.

Could you all just, also disconnect………… Thanks .

Well, you’ll appreciate as with all live-thread recalls, this will be partial and flawed.

The thread I’ll be re-running, is something like institutional subjectivity,  or, how the V&A became conscious of itself……………….a sort-of-self portrait.

I don’t have time or energy to begin in 1857,  I thought a good place to start, would be 2013, with the foundation of the multitude .

Related speculations include More things can happen........... and IndustrialTownFuturism 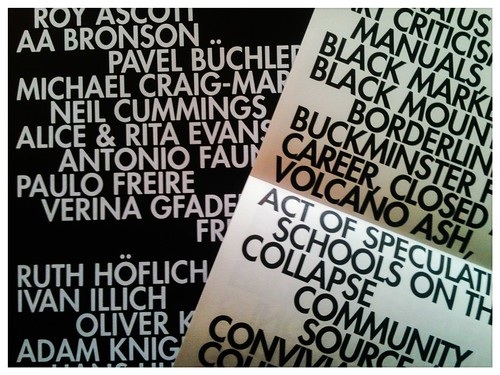