The Taipei Biennial 2012 takes as its point of departure the ancient Chinese monster known as Taowu, whose evolution has been traced by the literary historian David Der-Wei Wang in his book The Monster That is History.

Wang shows that somewhere in the course of Chinese history, writers and historians began to identify the vicious monster Taowu with history itself, since it could foresee and thwart human intentions.

Wang suggests that it is modern Chinese history in particular that lends itself to a reading through the Taowu, against the backdrop of a twentieth century characterized by utopian aspirations notoriously overshadowed by systemic violence.

The Taipei Biennial 2012 explores the possibility that Taowu is a common experience of all modernity.

It is the continuity of violence and brutality exerted in the name of enlightenment and rationality that turns the monster into a signifier of history. Yet rather than engaging with the mass cultural aesthetics of monstrosity — a “spectacle of violated boundaries” — the Biennial looks instead at dialectic strategies that address, expose, and disarm the anonymous, systemic monstrosity of modernity.

This monstrosity is disarmed in fiction, which reveals the blind spots of historiographic and documentary accounts, and which addresses the fundamental underside, the systemic terror, that lurks behind modernity’s emancipatory promises.

Throughout the exhibition, the Taowu is encountered never as a stable identity or image, but as permanently shape-shifting inversions.

Woven into the fabric of the exhibition, with more than forty contributions, are six mini-museums.

These mini-museums, along with the works and projects surrounding them, move between documents and fictionalizations, creating a montage in which the very figure of the monster assumes ever-new identities.

The result is a parcours of “multi-stable figures” — those well-known graphic depictions in which two different perceptions are possible, and the relation between figure and background can be reversed.

Museum Futures: Distributed - a machinima record of the centenary interview with Moderna Museet’s executive Ayan Lindquist in June 2058. It explores a genealogy for contemporary art practice and its institutions, by re-imagining the role of artists, museums, galleries, markets, manufactories and academies.

The project was a collaboration with Marysia Lewandowska, commissioned by Moderna Museet Stockholm, Sweden, on the occasion of its 50th anniversary in 2008.

Museum Futures was inspired by Industrialtownfuturism and generated some of the architecture of Self Portrait: Arnolfini 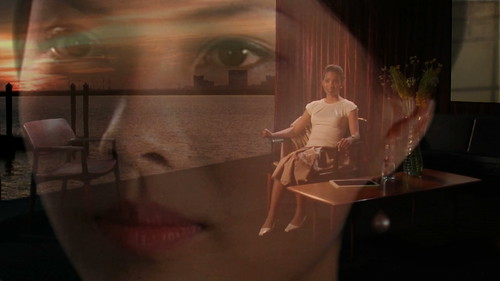