I made a presentation of Parade, at Wikpolis. Cartographies and collective creation of social space

I contribute to Critical Practice, a cluster of artists, researchers and academics hosted by Chelsea College of Arts. We have a longstanding interest in art, public goods, spaces, services and knowledge, and a track record of producing original, participatory events. 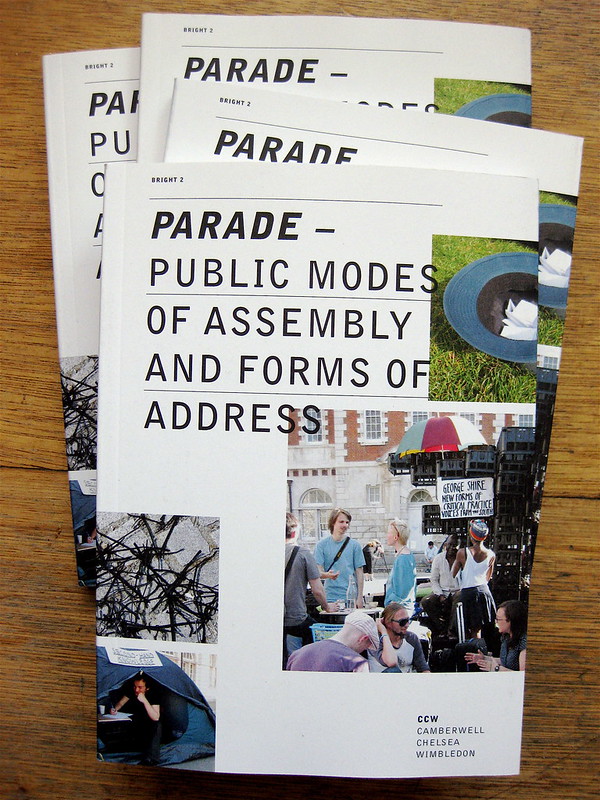 We collaborated with Kuba Szreder, a freelance curator from Warsaw, on an international series of events exploring the contested and increasingly relevant topic of Being in Public. We aimedto embrace the disagreeable, contentious, messy, inefficient, live, improvisatory and provisional nature of Being in Public.

Our feeling is that public, common or shared resources are like muscles, they become stronger with exercise.

Parade was hosted in a stunning, bespoke structure in public and consisted of a series of Barcamps and a Market of Ideas, all unfolding in a specially constructed architectural environment.

Wikpolis took as its theme the idea that 'open source' tools can contribute positively to the great changes in social, political and cultural contexts.

A mechanism based on the sharing of results and processes, where the achievements of one group or an individual are also starting points, resources, for others. .

One element allowing the generation of common resources, based on collective experience, is the wiki.

A wiki is a website which can be imagined as a commons. It allows creating and editing any number of web reources connected to each other, sharing a common language and allowing free access.

From this perspective, the construction of tools, tactics and collective practices applied in the context of the city, will be the subject to be discussed in the forum and project workshops in this edition of Quam 2011.

Wikpolis translates the possibility of meeting and sharing wiki-like projects exploring of space and the policies that regulate it. Providing with the opportunity to create new shared strategies for modifying social and cultural context.

There are two broad themes

Cartographies and political representations of space, to represent or influence policies regarding the use of space. Works revealing latent conflicts in rural and urban space and generate maps that help to interpret them.

Collective creation in the social space, referring to self managed social processes which use mapping tools to enable collective strategies, building a network and seek alternative systems for citizens.

With the participation of : 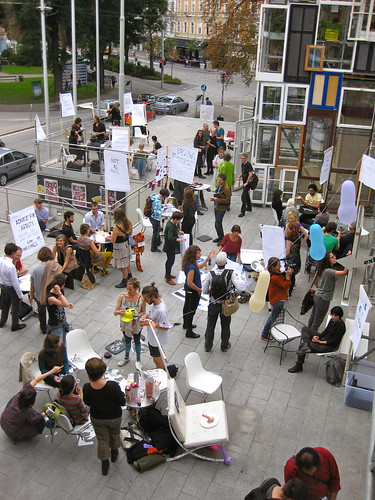