This is a written-up version of a more discursive seminar at Chelsea College of Arts on the 28th January 2019, as to why Fred Wilson’s Mining the Museum, and Jean Rhy’s Wide Saragasso Sea are forever linked, for me, to processes of decolonisation...

I wrote it up, as part of my participation in Decolonising the Curriculum

Sometime in the late 1990’s I was researching for an exhibition I was working on called Collected. It was to take the practice of ‘collecting’ and explore how it was a both a personal, domestic process for making sense of the world, and capable of forming vast institutions - Museums and Archives - of local, national and international scale. 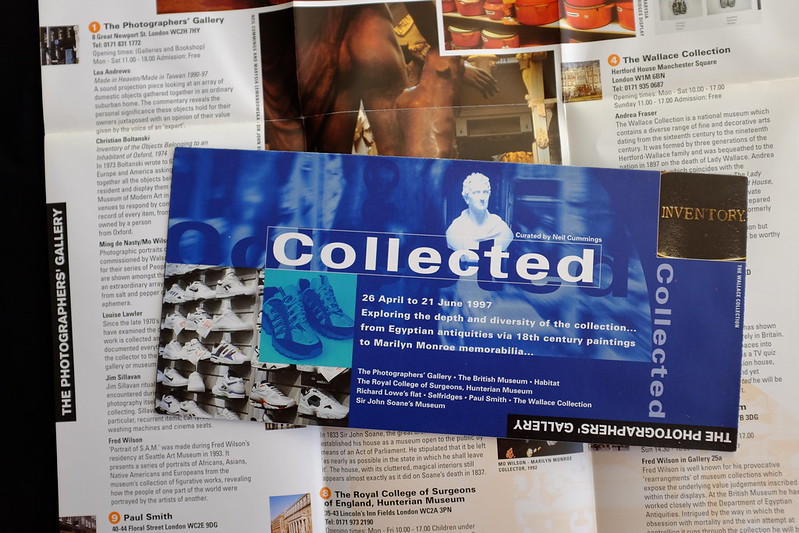 At that time I was, and indeed I still am, inspired by a group of artists tagged as being exponents of ‘institutional critique’. A mode of art practice that takes the institutional structures of art; galleries, exhibitionary conventions, art history, art markets, and museums as potential materials. Materials to be creatively reassembled and reappropriated with different, often critical intent. And often this critical intent is to reveal the habitual structures of authority; of power and discipline, even violence, that institutions obscure while they reproduce. A form of decolonisation.

Collected was to be distributed at various sites in central London, and involved amongst other things inviting artists to intervene in various collections. So, for example I was working with Andrea Fraser and The Wallace Collection, Susan Hiller and the Royal College of Surgeons Museum, and Richard Wentworth and Fred Wilson with the British Museum.

While enmeshed in research, organisational meetings, funding applications and visits with artists, an astonishing thing happened. A rare moment of super-productive synchronicity. I read The Wide Saragasso Sea by Jean Rhys, published in 1967 but being written for, something like, thirty years before. Wide Saragasso Sea is a prequel to Jane Eyre, it takes a ‘minor’ character in Charlotte Bronte’s classic novel, the ‘mad, violent, savage creole (mixed race) woman’ kept locked in the attic of Edward Rochester’s Thornfield Hall, and gives her a back story. And what a back story. A brilliant, bitter, critical counter narrative to Bronte’s romantic colonial embrace. 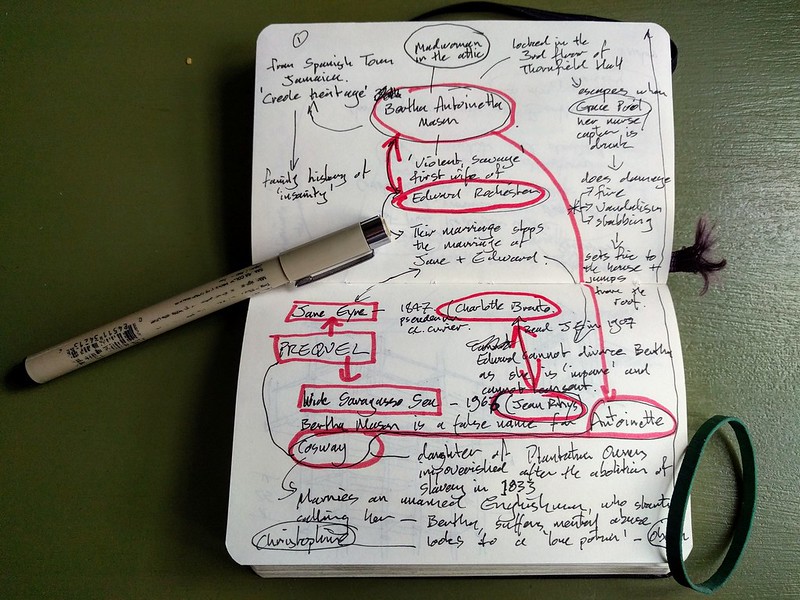 Spoiler alert: In Bronte’s novel, the ‘mad, savage, creole’ who sometimes escapes from her nurse to damage the house, stab guests, sets fires and is the reason Jane, when at the altar in front of the vicar and about to say “I do”, cannot marry the love of her life Rochester because the ‘mad, savage, creole’, called Bertha by Rochester, turns out to be his wife! Horror. Later Bertha escapes again, attacks Rochester -reader he survives- sets Thornfield Hall ablaze and leaps to her death. Conveniently, this leaves the narrative free to run to its romantic conclusion.

Jean Ryhs invests in ‘Bertha’ and loops back to earlier times, specifically to the colonial West Indies, where Edward Rochester [a second son and therefore unlikely to inherit] is looking for ‘business opportunities’ which means trying to marry into a plantation family and benefit from the enormous wealth generated by slavery. Set some years after the abolishon of slavery in 1833, he encounters a plantantion in ruins, its patriarch dead, the social relations between formerly slaves but now endentured workers, domestic servants, empoverished freed slaves and plantation owners are fractured and violent, and the two women in charge unable [unable, because they are denied acces to finance, the law, and the gendered workings of ‘business’ means they are unable to inherit] to manage the estate. Perfect.

Rochester marries Antoinette Cosway, the daughter of the previous owner. The marriage quickly founders, as Antoinette and Rochester begin to spiral apart, minds are lost, violence threatens, gossip swirls. Rochester owns everything but is powerless, he gets lost, understands nothing, he carelessly fucks a servant, Antoinette reaches out into traditional Obeah practices for support, and in a premonition of things to come the plantation house catches fire. Losing control of himself and events, Rochester renames Antoinette, Bertha - a dreadful echo of slave ownership practices, he then decides to sell-up and they set sail for England.

Ensconced in Thornfield Hall, Antoinette/Bertha now writing/speaking in the first person almost stream of consciousness narrates her inner turmoil of being dislocated from home, imprisoned in an attic, denied her identity, and shunned and abused. She decides, literally, to ‘burn down the house’. 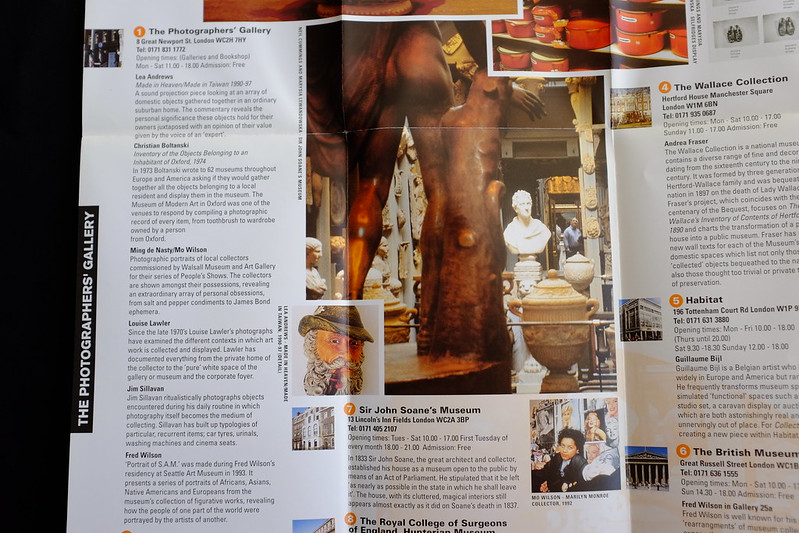 The influence of Fred Wilson’s Mining the Museum exhibition, from 1992 at the Maryland Historical Society cannot be overstated. And this is where, in my mind at least, Rhys and Wilson merge.

For something like a year, Fred Wilson researched objects in the Society’s collection, and often those kept in [attic ?] storage. Through displaying the overlooked and undisplayed he set about challenging museum exhibition conventions, for example; in display cases entitled Metalwork showing beautiful imported French silver repoussé vessels he inserted slave shackles and plantation punishment restraints, an exhibition of elegant 19th-century armchairs were arranged for spectators around a whipping post, pastoral paintings were interspersed with an exhibition of broadsheets offering rewards for runaway slaves, and Ku Klux Klan regalia – donate anonymously, were removed from storage and displayed.

Through displaying forgotten, stored and repressed objects, unacknowledged histories of black experience were ‘written back’ into the familiar [romantic?] museological narrative. Decolonisation through institutional critique.

I managed to meet with Fred Wilson in New York, I explained about Collected, he agreed to participate and we set about trying to gain accesss to the Egyptian Collection at the British Museum....

For me, both Wilson and Rhys expose the narrow ideological project of institutional reproduction; its a predominantly male, white, comfortably middle-class, colonial narrative embrace. An embrace that needs to be broken.

After the introduction to the seminar we had a wide ranging discussion, we talked about the art school, alongside museums, galleries, exhibitions, etc, as one of the institutions of art and therefore ready for critique, for decolonisation. Of how 'we' reproduce 'institutions' through our practices, and how decolonisation might function at an art school. And, what ‘burning down the house’ looks like in relation art institutions, climate chaos and mass extinctions.

Related events include Collected, the Hacked Manifesto and Lapdogs 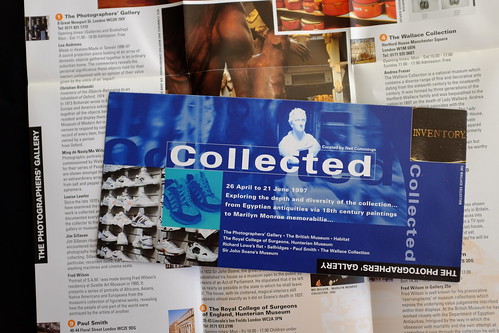