Documentation of a presentation of Capital (2001), recalling some of the 'fieldwork' and evolution of the project. Capital was a series of encounters between two iconic institutions - the Tate and the Bank of England - and the economies of debt and gift that they animate.....

Fieldworks: Dialogues between artists and anthropologists

The two day conference took the practice of ‘fieldwork’, broadly defined as any social and/or material encounter driven by some sense of curiosity, to explore the institutional and professional domains of ‘art’ and ‘anthropology’

Fieldworks was a collaboration between Tate Modern and the University of East London, in association with Goldsmiths College and University College London.

Related projects include Generosity, a text about The Value of Things and research into art markets. 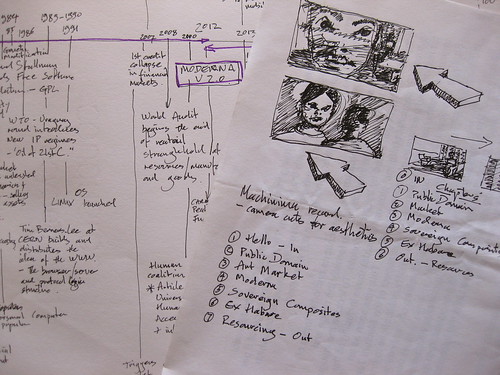