I contribute to Critical Practice, a cluster of artists, researchers and academics hosted by the CCW Graduate School at Chelsea College of Arts.

We have a longstanding interest in art, public goods, spaces, services and knowledge, and a track record of producing original, participatory events.

PARADE evolved out of the Public Body, experiments in Modes of Assembly and the famous PubliCamp

It also inspired the development of a currency and Truth is Concrete. 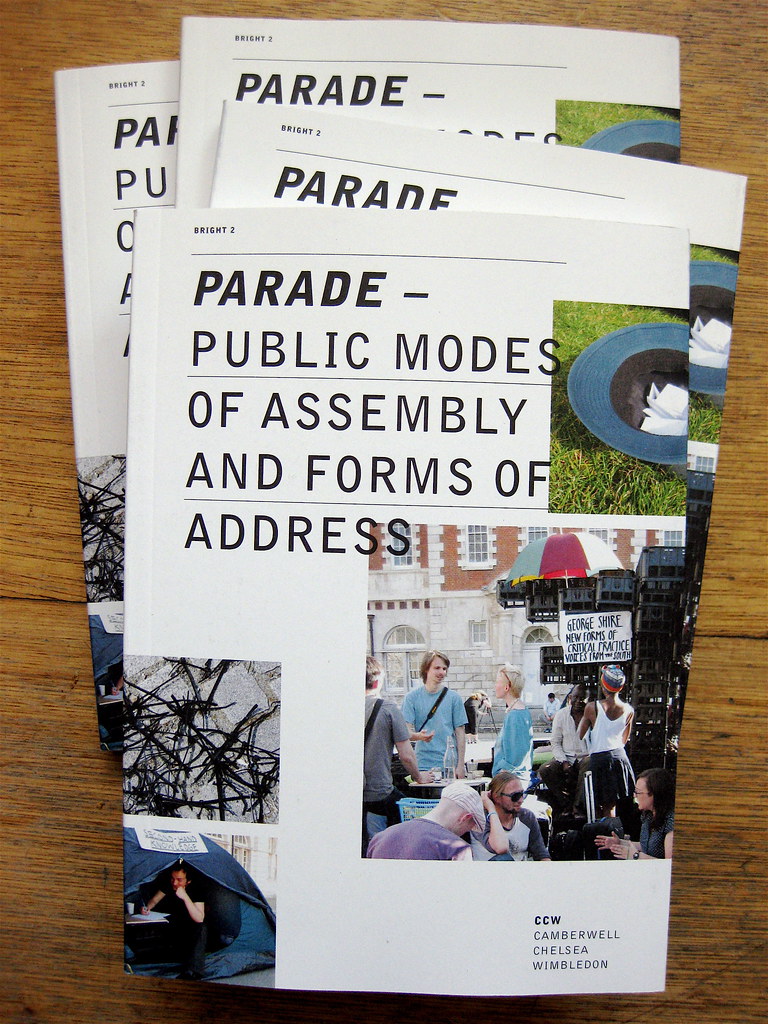