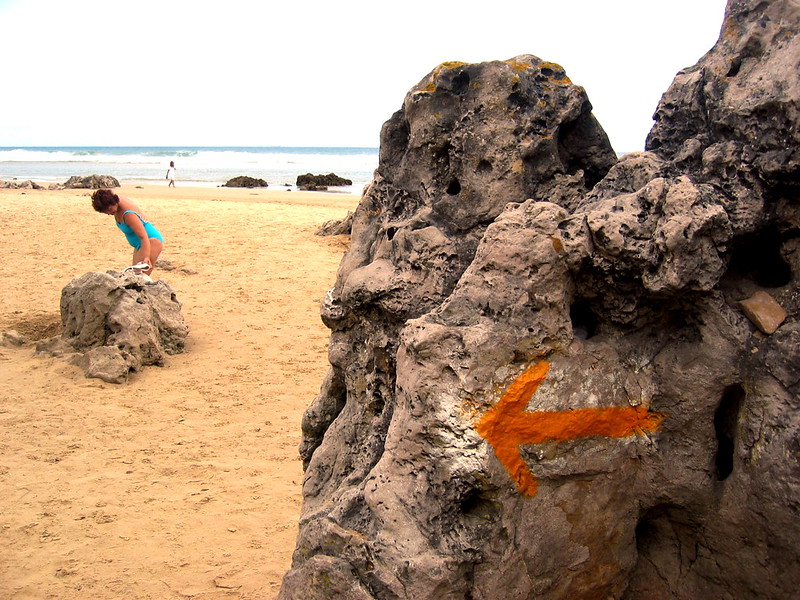 In the summer of 2009 I walked for a month as a pilgrim to Santiago de Compostela in northern Spain. I walked the Rutal del Norte which was used by pilgrims when the Muslim presence - until the 15th century - made travel along the Camino Francés too difficult and dangerous.

Much of the route follows the line of the old Roman road, the Via Agrippa which threads its way along a ribbon of land between the mountains of the Picos de Europa to the south, and the sea to the north.

I took a ferry from Portsmouth in England to Bilbao in Spain, and then began to walk the ancient route west. It was hard, difficult and demanding. Much of the walking was on busy roads - of course, because in such a narrow strip of land successive waves of roads, motorways and railways are laid on top or weave over one another - often over brutally steep hills and sometimes involving long detours around river estuaries to cross at the first bridge.

The route - as yet - does not have the infrastructure of regular albuerge's (hostels) that make the Camino Francés so captivating, and generally lacks the majesty of spectacular architecture, and changing landscape.

Having said all that, its beautiful. The coastal strip is lush and green, the brutal hills broken by the sea produce spectacular cliffs and nestled amongst them are clean, white sandy beaches. The sea is crystal clear too.

I returned to Gijon, a town on the route for the summer of 2010

Related events include walking along the northern coast , and more recently making things for an alamcen in Riocaliente. 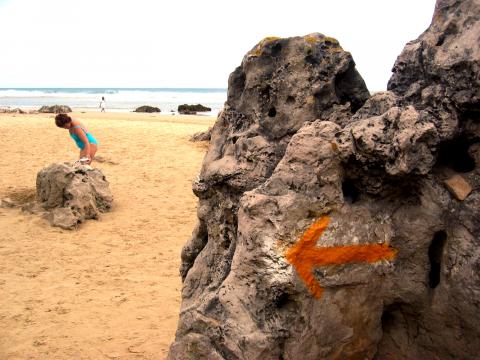