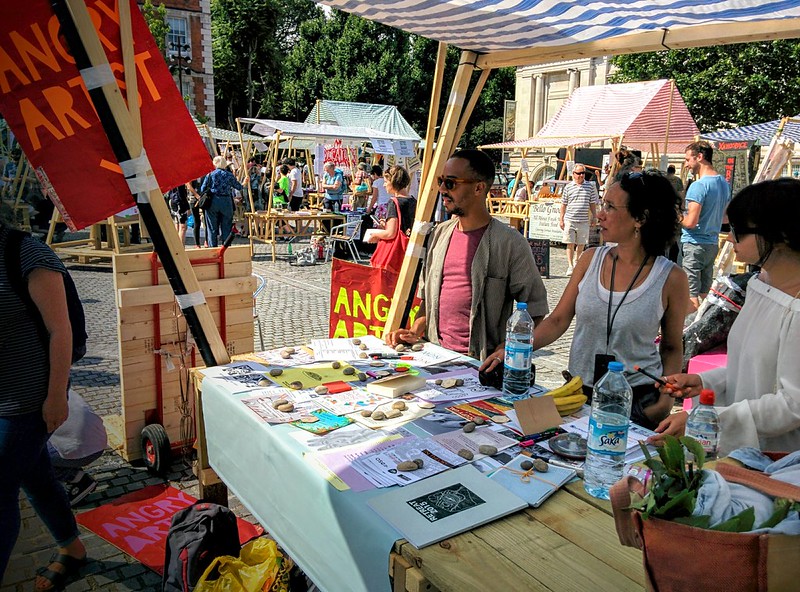 I participated in Critical Practice to produce;

A market connects peoples’ needs and desires, through things, sometimes material things, via mediums of exchange, transactions. Markets are a bundle of simple technologies interlocked to form an ecology.

And an ecology is not controlled by a sequence of genetic programs – like a species, an ecology integrates a variety of different genetic programs, animals, plants, resources and energy into a network of related interests. Similarly, an ancient bazaar or a contemporary distributive market enable the interaction of people, ‘goods’, knowledge, values, resources, energy and waste to be networked into a resilient, often self-organized and decentralized system.

In competitive markets, participants seek to eradicate others, the drive is to monopolize resources, to dominate and maximize financial profit. In competitive markets the ‘best’ financial price exploits the difference between the cost of 'materials', their production and eventual distribution, and the price paid by the ‘consumer’. Buy cheap sell expensive. Within distributive markets this logic looses its force. The ‘best’ price is that which respects the co-dependency of the network of networked interests. The aim of those transacting is not to destroy one another through monopolistic antagonism, but like wrestlers wrestling, recognize the reciprocity necessary in any exchange. Its an agonistic market.

'Exchange', wrote sociologist Georg Simmel in A Philosphy of Money (1907)

Distributive markets are networks of interrelated interests and values, and interrelated interests and values can only function, obviously, in useful combination with others. Markets therefore, as Simmel so perceptively observed, are social mechanism that enable people to swap, trade, bargain, compete, and cooperate; essentially to transact. Which makes transacting, first and foremost a communication praxis; and distributive markets communications technologies. Peoples come together to transact, perhaps for quite different reasons; they do not need to exchange equitably, or even communicate in the same language; all that is required is that they have some ‘goods’ to transact, and social conventions to enable the transaction; a distributive market.

Transactions are possible without physical 'goods', and without ownership. All that is necessary – like language itself - is that one value be substituted for another, and that interested parties can apprehend the substitution. Values, values of all kinds can be made present, substituted and transacted. A transaction is not even attached to the ‘goods’ transacted, it’s the ability to make present or real, relationships between people. Social relations as deep, subtle and complex as this, could never be subsumed by mere financialization.

Organised by Critical Practice, #TransActing took place on the historic Rootstein Hopkins Parade Ground, located between Tate Britain and Chelsea College of Arts. The flea-market like event hosted skillshares, economists, a freegan juice-bar, an organ donation bank, expert and enthusiast knowledge, an Artists Union and other diverse communities of evaluation; values were celebrated and transacted beyond the financial. Publics roamed between stalls, engaging in reciprocal, intimate, simultaneous and distributed conversations, discussions and exchanges. 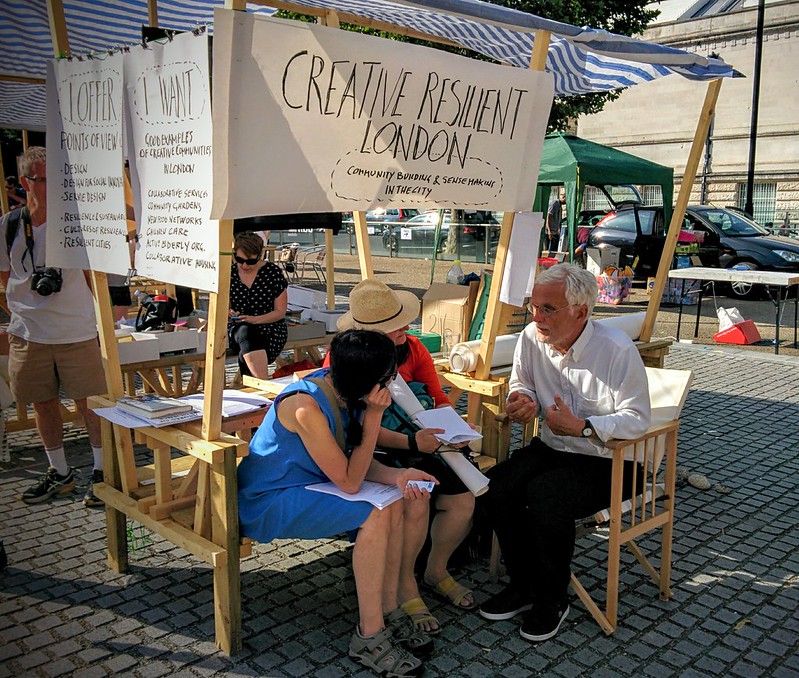 #TransActing was hosted in bespoke structures assembled by Critical Practice in collaboration with Public Works, and others. These market-stalls were interspersed with other spaces of assembly and exchange: a speakers' corner, a discussion hub and a people's bureau, while multiple currencies circulated, not all of them monetary.

Whilst the values of competitive markets dominate contemporary life, including art and its education, other values can and do coexist. Some, like care and generosity even flourish, #TransActing nurtured and celebrated these values in a spectacular one-day event.

See the currencies produced for #TransActing, or follow the development of the market stalls 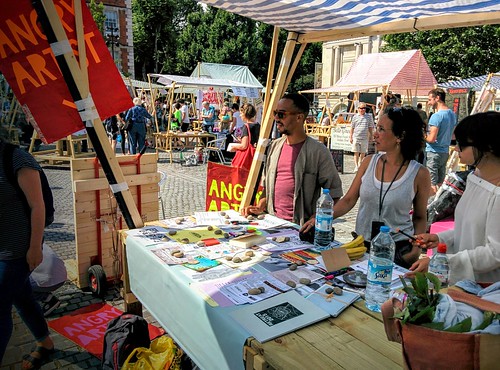