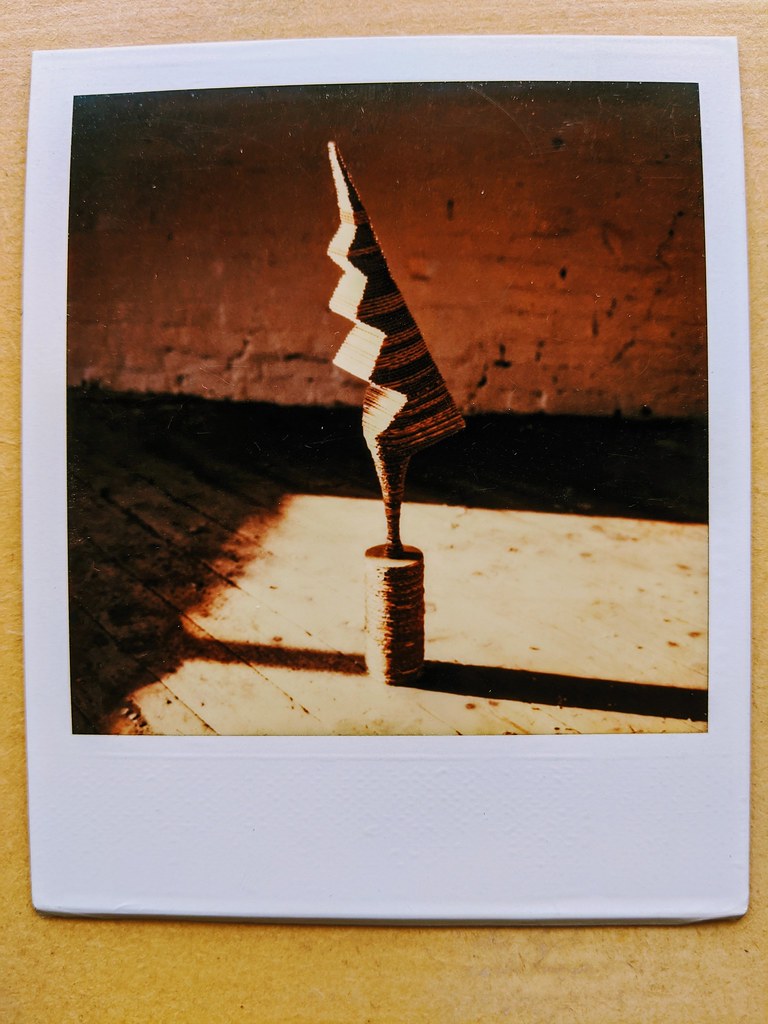 As far as I am aware this is the only surviving evidence, a fading Polaroid image of The Cock I remade from found, cut and stacked cardboard in London c1987. It's based on a version Constantin Brâncuși carved in 1924 in Paris and has been exhibited, since the late 1950s at the Museum of Modern Art in New York.

I returned the cardboard version to the street, its whereabouts currently unknown. Landfill probably. 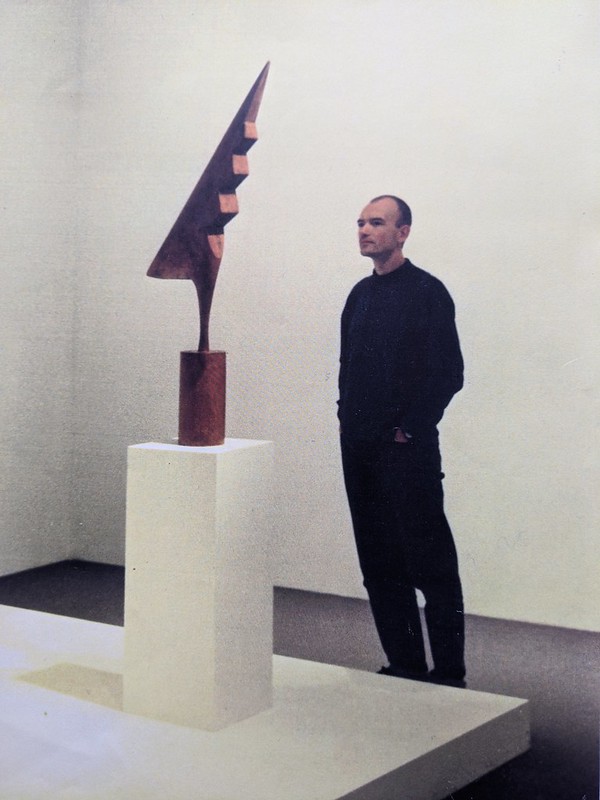 An earlier version of my current self visited the Museum of Modern Art in New York in 1988 where The Cock was on display. It's made from wild Cherry (121 x 46.3 x 14.6 cm) and was a gift from Panama Canal engineer Mr. LeRay W. Berdeau.

This seems to be the only wooden version to survive, because there is a faded black and sepia photograph dated c1926 where a rounder, chunkier, rougher wooden Cock appears on a cylindrical marble or plaster base. The whereabouts of this version is unknown. Landfill probably. 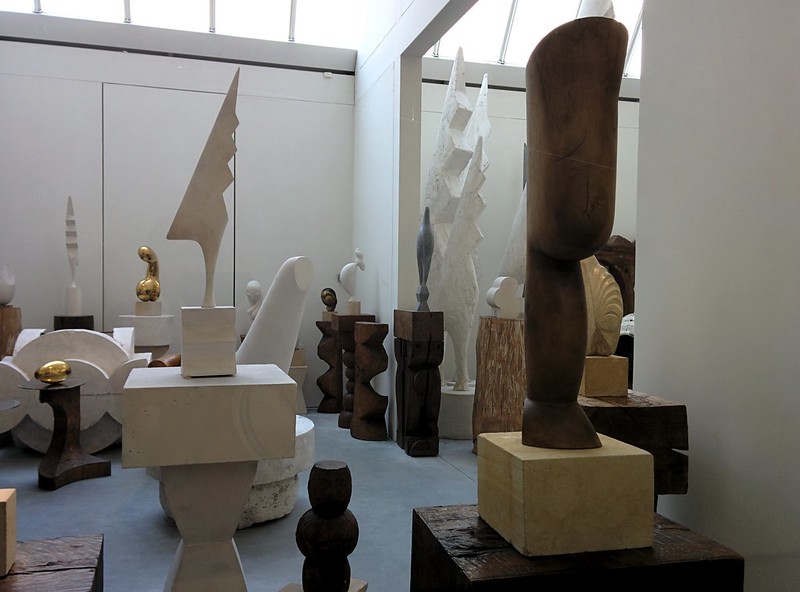 I also visited an instance of Brancusi's studio designed by Renzo Piano outside the Centre Pompidou in Paris in June 2015. You can see a marble version of The Cock on an 'endless column' base, and in the background another marble version with cylindrical base.

To the right you can also see four large rough plaster versions, maybe maquettes that carried Brancusi's intention that The Cock be cast into monumental metal sculptures. I can see there is a stainless steel Grand Coq IV in the Sculpture Garden of the Fondation Pierre Gianadda in Martigny in Switzerland.

Related events include a series of Sculptures, the #ObjectOfTheWeek on twitter, The Value of Things, Collected, and I've written more generally about things. 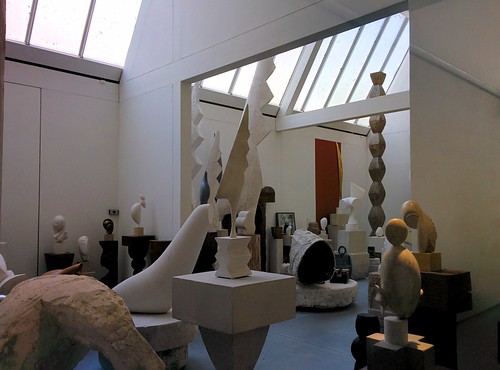 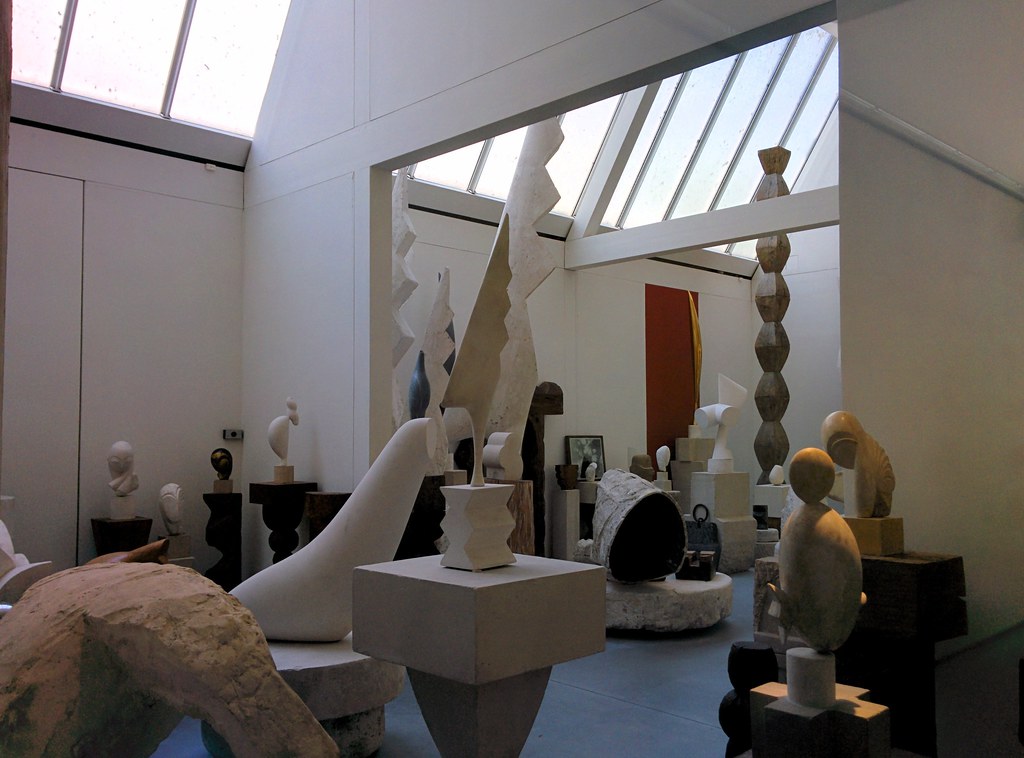