Lost Property resulted from an unrealised project initiated by the Public Art Development Trust in 1995. In collaboration with Marysia Lewandowska we were invited to make a proposal for the design of a London Underground Station. The proposal was rejected but the research, photographing everything lost on the London Underground in a day, was repurposed to make a book. We are easily seduced into acquiring, exchanging and displaying vast quantities of material things. Accumulation, in its broadest sense is the literal writing-into-being of an individual or culture.

Things are found, polished, displayed and treasured, bought, bound or framed and collected. The object, plucked from the generic soup of retail culture, is momentarily arrested and woven into an intimate personal narrative, "I bought this when I was in Paris".

It's this narrative which marks the thing as a possession and simultaneously allows the narrator to refine and evaluate experience, to evolve a sense of difference or belonging. The thing itself, as commodity, inheritance, gift or souvenir, has become a privileged vehicle for establishing an emotional and intellectual identity. Things authenticate experience.

The dark shadow within our seamless assembly of possessions and continuous narration of `self`, is loss. The word loss delineates a terrifying space, it is the void over which all exchange and collection precariously take place, but, from which no insurance or story can ever protect. Loss infuses accumulation with fear, everything, even our most precious belongings continuously circulate within its grasp.

Lost Property touches the wound opened between lost property, and the emotional investment implicit in personal possession. Comprised of photographs and texts, the book mimics the dispassionate style of a museum catalogue in an effort to re-inscribe the absence all the more emphatically. The things pictured, are still missing from these pages.

The temporary collection bound by this book parodies the conventions established by museum acquisition. Although the collection is a well known paradigm of perfection, the objects here are already doomed, incomplete, misplaced, fallen from narration and never to return.

Designed as a desirable pocket size souvenir by Stephen Coates, Lost Property was released at the moment of spectacular accumulation, Christmas 1995

Related projects include #ObjectOfTheWeek on twitter, The Value of Things and Collected. 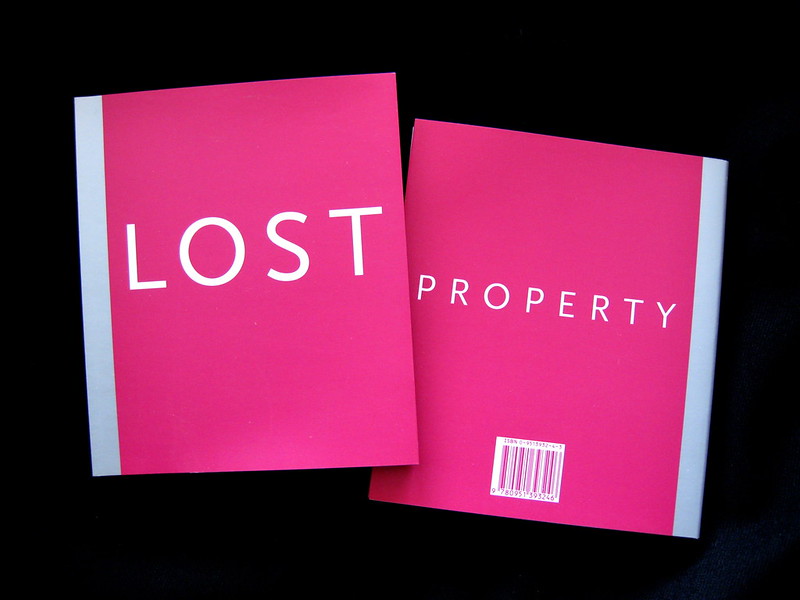