I was born in Wales and live in London. Currently I'm learning to live with less and experimenting with how to consume fewer resources. As part of these processes I'm making some of the things I might need or want, principally I'm trying to be more conscious of what makes life joyful, but not at the expense of others.

I'm also a part-time professor at Chelsea College of Arts and serve on the editorial board of Documents of Contemporary Art.

Previously I worked with artists and others at museums, banks, galleries, archives, auction houses, collections, homes, places of education and department stores to explore a political economy of contemporary art. This research produced projects that traced the entanglements of art and capital in 19th century Manchester, linked the Tate and Bank of England through gifts and their subsequent debt, constructed possible futures for museums and founded an archive for amateur film makers.

These projects, although diverse, have consistently engaged with the cultural forces that designate and exhibit art, and the increasingly devolved experience of art to it's various publics.

In January 2018 I started work on reimagining the Enthusiasts Archive for the Museum of Modern Art in Warsaw, in April Common was published in Distributed for OPENedition, I took part in the launch of the Centre for Plausible Economies, I'm still working on the Anthropocene Atlas; London and I started research for a new commission at the The Box in Plymouth, an art institution for the 21st century. In September I participated in The Future of Living for the People's Bureau, I've also been working on turning a ruin into a modest home through DIY.

In March 2017 the various collaborative hacks of Utopoly began to gain some traction, and in April I was a visiting professor at the Villa Arson in Nice. In June Mudlark walks began to contribute to the Anthropocene Atlas; London and in July Look at Me was republished in Braces, Levers, Fetishes & Talismans by Michael Marriott.  In August Surrogate was screened as part of Short Bursts of Concentrated Joy a film programme curated by David Blamey for the Houghton Hall festival. In September Museum Futures was exhibited as part of I taste the Future, the Lofoten International Art Festival (LIAF), Henningsvær, Norway.

In March 2016 a special screeningThe Enthusiasts: Outsider Cinema from the 1950–80s was curated from the Enthusiasts archive at the Museum of Modern Art, Warsaw. In April I participated in Making Use: Life in Postartistic Times, and Socialised Afffection was published in Specialism by Open Editions, and in July Museum Futures was screened at a workshop as part of Fieldworks at Hospitalfield in Arbroath. In October Query was published as part of Anticipation an exhibition, publication and series of events organised by the Fondation d’entreprise Galeries Lafayette, Paris, and in November I contributed some stools to What Happens to Us. And finally, in December Resilience was published as part of The Creative Stance. Tearing is added to the Filmoteka collection at the Museum of Modern Art in Warsaw.

In February 2015 I joined an insurgent research group developing The Anthropocene Atlas London. In March Open Cinema launched at Open School East and culminated eight eventful months later with a wonderful festival screening Home. In July #TransActing: A Market of Values exhibited two years research into evaluative communities and distributive markets. I co-designed some currencies, and coordinated the production of the market stalls. I also participated in Re-source at the Galleries Lafayette Foundation in Paris,Shock City, The Market at the ICA, London, and a text for Substrate.

In December 2014, as part of Critical Practice I co-organised Differently Screening 4: SUNLIGHT: energy labour value a film-screening powered by the Electric Pedals Cinema hosted by Open School East. I continued to develop floodplain, and in July Reading Things was reprinted in The Object published by the Whitechapel and MIT press. More things can happen than will, or have, in June, was my Platform Lecture, at Chelsea College of Arts. In April, a selection of films from the Enthusiast archive were screened as part of Artists, Amateurs, Alternative Spaces: Experimental Cinema in Eastern Europe, 1960–1990 at the National Gallery of Art, Washington, USA. I contributed  Generosity to Truth is Concrete: A Handbook for Artistic Strategies in Real Politics, a publication from Sternberg Press, a re-worked version was included in Ends Meet, developed by Critical Writing students at the Royal College of Art, in June.

Also, as part of Critical Practice and a group of utopographers, we organise Evaluation, Consensus and Location at Chelsea College of Arts, in March, and I also contributed to  the Kunsthal Aarhus programme of events The Perfect Institution: Culture 2017.

In 2013 Museum Futures was included in the Taipei Biennial, in April A Joy Forever was published and I also participated in One Person's Trash is Another Person's Treasure. In September, I presented the V&A Bicentenary at Utopography, and the text was published in Artists Work in Museums,  #floodplain a collaboration with  51% studios was launched at the Royal Academy, and AATT as part of AGORA at the Athens Bienial.

In January 2012 I was nominated for the Samsung Art+Prize with @SP_Arnolfini, in May, a year-long research project into the practices of radical art education and exhibition as an educational technology culminated in Prospectus, and in October I presented the V&A Bicentenary at the V&A, London.

February 2011, a year-long research project and exhibition Self Portrait: Arnolfini was launched, culminating in an installation and beautiful publication, Museum Futures was included in the Global Contemporary at  ZKM Karlsrhue, and a screening programme from the Enthusiasts Archive in Ostalgia at the New Museum in New York.

May-June 2009 Lapdogs was screened as part of the Lapdogs of the Bourgeoisie exhibition at the Arnolfini in Bristol, and since February I worked on a research project entitled ArchivalProcess with Intermediae in Madrid.

November 2008 Lapdogs was screened at the Townhouse Gallery in Cairo as part of Lapdogs of the Bourgeoisie.

From 1995 - 2008 I mostly collaborated with Marysia Lewandowska

July - November 2008 Post production was a special programme curated from the Enthusiasts: archive for Manifesta 7, installed in the ex-Alumix factory in Bolzano, Italy. A year-long collaboration with Sotheby's, was cancelled.

Museum Futures: live recorded distributed is a project launched on the 6 June 2008, commissioned by Moderna Museet, Stockholm Sweden as part of their Jubilee celebrations. The Distributed component is a machinima record of the 2058 centenary interview with the Museum's executive Ayan Lindquist.

August - October 2007 Parade commissioned for the Contour Film Biennial was exhibited in Mechelen Belgium, and ArtLife a simultaneous project for Transit Gallery.

From September - October 2006 Generosity was part of Protections, at the Kunsthaus, Graz, Austria. A year long research project Industrialtownfurturism 100 years of Wolfsburg and Nowa Huta opened at the Kunstverein Wolfsburg in December 05 and closed in Nowa Huta, Cracow in November 06. Commissioned by the London Architecture Biennale, and in collaboration with 51architecture, Social Cinema consisted of a series of temporary cinemas, each installed for one night only into London's existing urban fabric. The Enthusiasts Archive launched as an on-line extension of Enthusiasm. Tearing was screened as part of Image/Text at Tate Modern, London.

In 2005 - 2006 an evolving film project Screen Tests 1-4 was shown as part of the British Art Show Six at the Baltic in Newcastle, and then Manchester, Nottingham and Bristol. Also during the year Enthusiasm: films of Love Longing and Labour was installed at the Whitechapel Art Gallery London, Kunst Werke in Berlin and the Tapies Foundation Barcelona.

In June 2004 Enthusiasts an exhibition involving the remnants of Amateur Film Clubs from socialist Poland was first exhibited at the Centre for Contemporary Art in Warsaw. And The Commons a distributed series of events contributed to the International section of the Liverpool Biennial.

In 2002 Welcome was hosted by Galleria Zderzak Cracow, Poland, and the culmination of two years research Free Trade, was launched with the reopening of the Manchester Art Gallery with an exhibition installation, lecture program, series of guided walks and catalogue.

Modern Chairs 1918-1970-2000 was part of the Whitechapel Art Gallery Centenary Exhibition in March 2001. May-September Capital was a spectacular gift, series of seminars and publication and the inaugural project in the Contemporary Interventions series at Tate Modern involving the cooperation of the Bank of England Museum . In June of the same year Trafficking was a contribution to Trade, a major exhibition at the Fotomuseum in Winterthur.

In May-June of 2000 Not Hansard: The common wealth was at the John Hansard Gallery in Southampton. Work was included in Voila at the Musee d'Art Contemporain de la Ville de Paris, and in October a long-term book project The Value of Things was published by August/Birkhauser. In December of the same year a series of events Browse was a guide available at the British Museum and Selfridges Department Store as part of Collected an exhibition which took place in several museums, shops, and private houses across central London. I curated the exhibition in cooperation with The Photographers Gallery, London.

Contents:Tiensevest 31 is a cd rom catalogue of the extraordinary house which hosted Gallery Transit in Leuven Belgium in 1997. A slide-show version of Contents was included in Material Culture exhibition at the Hayward Gallery. The previous year Errata featured as part of Now/Here exhibition at Louisiana Museum of Modern Art Denmark.

The first collaboration between myself and Marysia Lewandowska resulted in the publication Lost Property published by Chance Books and Public Art Development Trust in 1996. 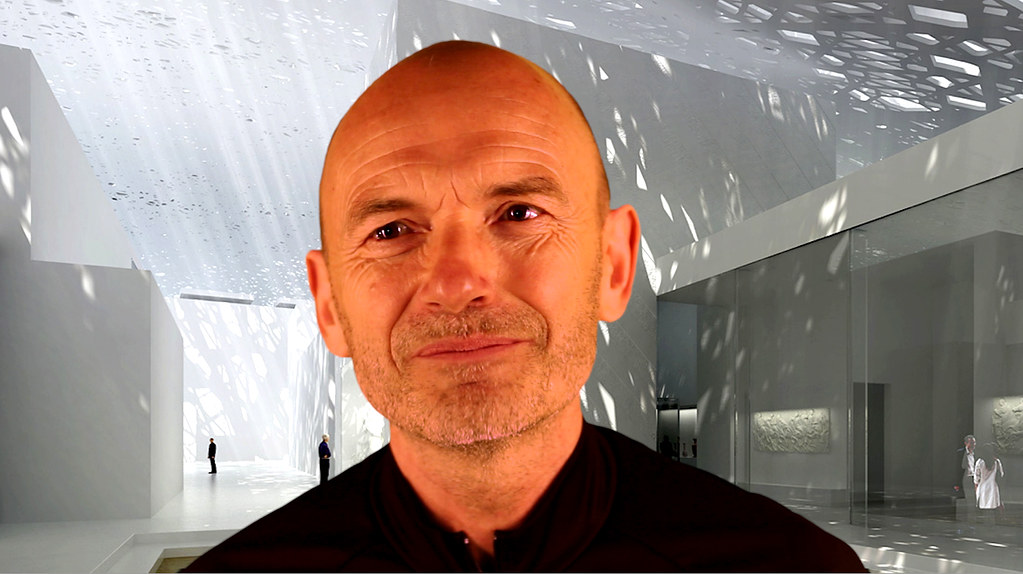